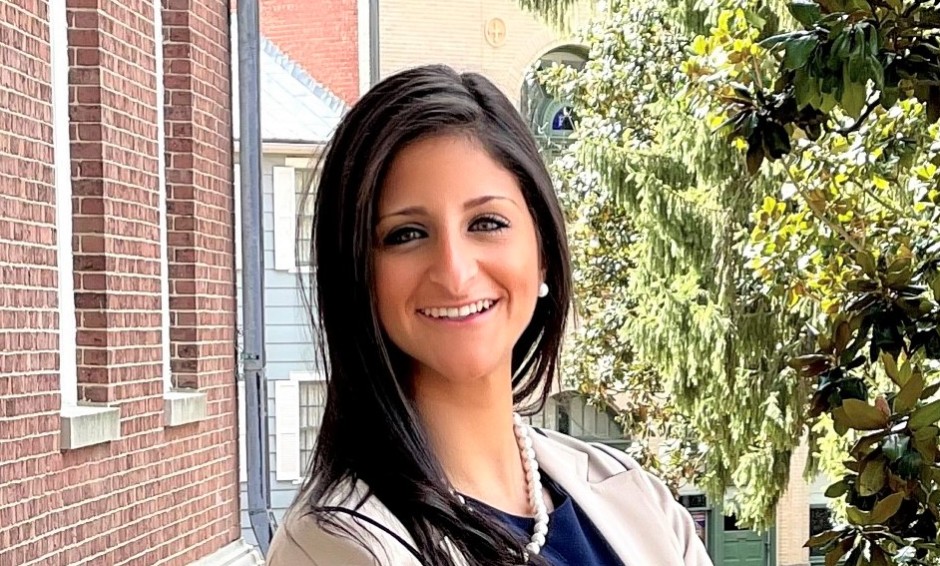 Veronica Mina focuses her practice representing businesses and individuals in the areas of complex business litigation and other civil disputes.

Ms. Mina joined the firm as an Associate in 2022.  She is a zealous advocate who works diligently to help clients achieve their goals and make informed business decisions by providing cost-effective representation.

Ms. Mina obtained her undergraduate degree in Political Science and Government from the University of Maryland, Baltimore County (“UMBC”), where she was a member of the Mock Trial Team, the Pre-Law Society, and the club lacrosse team. After graduating cum laude from UMBC, Ms. Mina attended law school at the University of Maryland Francis King Carey School of Law. During law school, Ms. Mina was an award-winning member of the National Trial Team, where she argued cases around the country.  In addition to her oral advocacy experience, Ms. Mina was a certified law student practitioner in the Criminal Defense Clinic where she helped federally incarcerated individuals obtain compassionate releases.  During her second year of law school, Ms. Mina became the Executive Editor of the Maryland Journal of International Law and authored two publications selected by the Executive Committee to be included in the Journal.  Ms. Mina received the William P. Cunningham Award for her many outstanding accomplishments and was selected as a member of the Order of the Barristers.

Prior to joining Kagan Stern, Ms. Mina served as the Judicial Law Clerk to the Honorable William C. Mulford, II, of the Circuit Court of Maryland for Anne Arundel County.  In this role, she worked on a variety of complex business and civil litigation matters for the head civil Judge, including cases involving breach of contract claims, workers’ compensation appeals, stockholder derivative claims, defamation, violations of the Maryland Uniform Trade Secrets Act, and negligent retention and supervision.  Her outstanding work for Judge Mulford was recognized by the judges of the Circuit Court who selected Ms. Mina to become the Specially Assigned Judicial Law Clerk to the Honorable Lynne A. Battaglia, of the Maryland Court of Appeals, where she spent several months working on a case of first impression involving constitutional challenges to Maryland’s Congressional Redistricting Plan.  Ms. Mina then concluded her clerkship experience with the Honorable Michael E. Malone, of the Circuit Court of Maryland for Anne Arundel County, where she continued to hone her skills in research and writing.

Born and raised in Anne Arundel County, Ms. Mina is a proud daughter of immigrant parents from Egypt and is fluent in Arabic.  In her free time, she enjoys running, traveling, discovering new food establishments, and spending time with her dogs.

U.S. District Court for the District of Maryland

Gamble v. United States: The Dual Sovereignty Doctrine Under the National vs. International Context – What is Sovereign to One is not Sovereign to the Other, 35 MD. J. INT’L L. 255 (2021)

Hon. Lynne A. Battaglia, Court of Appeals of Maryland